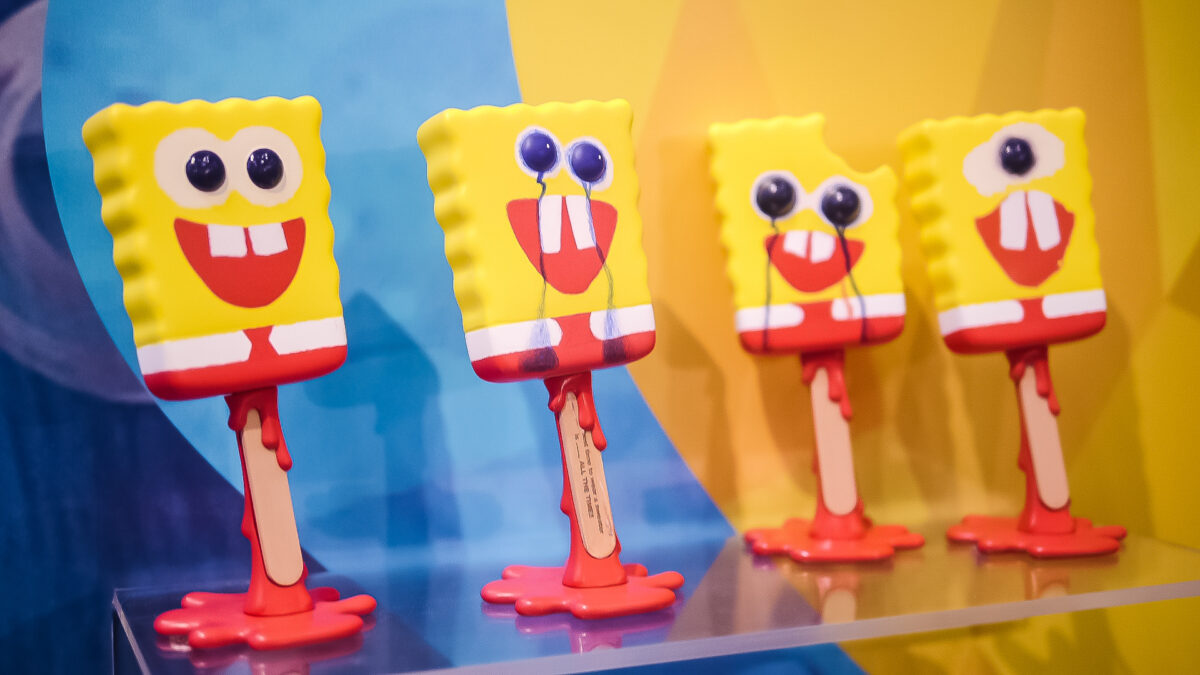 It’s weird to think how Spongebob has been a part of our lives for 20 years now. Some of us have grown up on the wacky pineapple dweller and his starfish, squirrel, squid and other buddies. Today, we have kids who are enjoying the same hilarious adventures as we did. At this year’s New York Toy Fair, the Alpha Group toy company announced that they will be releasing a line of toys that will appeal to kids and grown-ups alike.

Spongebob Stretchpants caters to the part of us that loves the outrageous physical comedy of the show. You can pull SBS’s arms and legs to make him deliver some of the hilarious sounds from the series he’s known for.

Kids will have a brand new silly string blaster to chase the pets and siblings around with. What I love the most about the Spongebob Giggle Blaster is that it will be compatible with any can of silly string out there. So, when the included can runs out, it’s nothing but a quick trip to the local 99 cent store to refill the fun. The blaster also has an attached periscope for enhancing any sea bound quest. Expect the Giggle Blaster to hit stores this Fall for $19.99.

Adults are in for huge treat as well. The Spongepop Culturepants and Masterpiece Memes lines will include an artistic throw to the show’s most memorable moments and memes! The series of collectibles coming this spring gives a nod to Spongebob’s rainbow “Imaginaaation” meme, “Spongegar “, “handsome Squidward” and more. My personal favorites are the old-timey black and white styled characters in the Culturepants collection. Spongesicles pokes happy fun at the popsicles (as we all remember) that never looked like Spongebob but instead, a mutated dripping mess. All three collections will hit stores later this year.

It’s very clear that the designers were true fans of the cartoon as they’ve nailed some of the most iconic themes from Bikini Bottom. Hopefully, we’ll get a “ripped my pants” figure, band leader Squarepants and an “around town” bubble blowing Spongebob in the near future. Fingers crossed!

Overwatch's latest Hero Is From Haiti

Overwatch’s latest Hero Is From Haiti