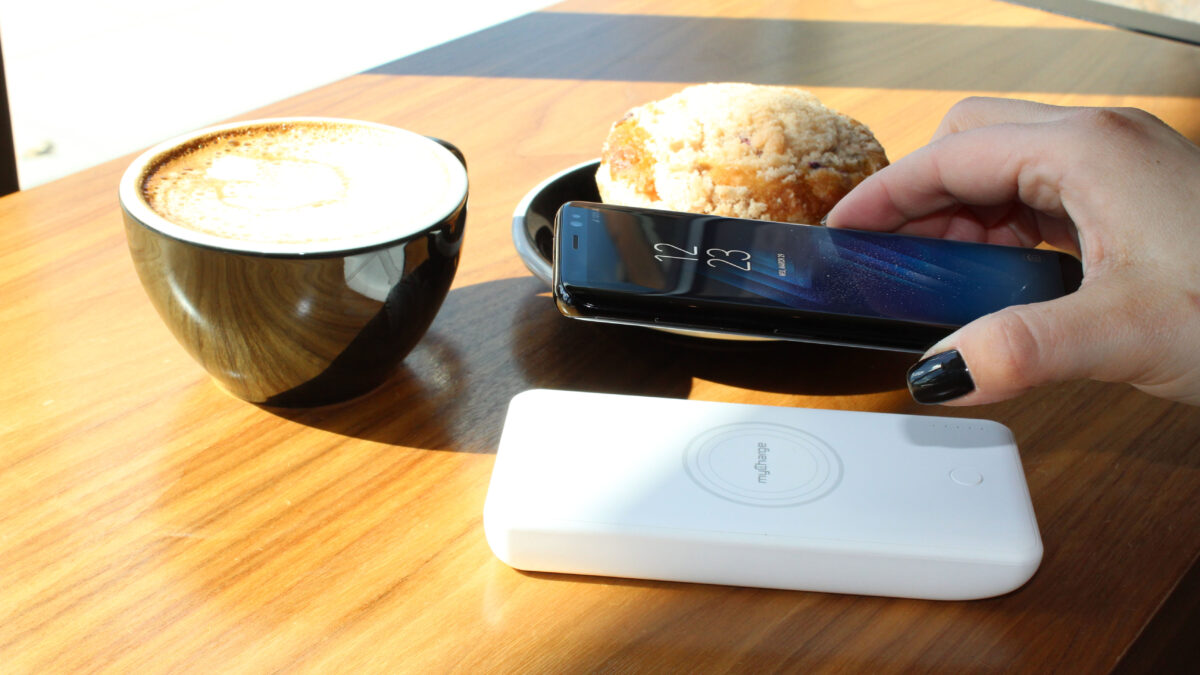 As a travel charger, the Unplugged shines its brightest. It can handle multiple devices, recharges quickly (again depending on your device) and holds a decent amount of power for its size. Perfect for last minute gifting that won’t make you look like a cheapskate. I can confidently recommend MyCharge’s latest as a top pick for 2019.

If you’ve seen one portable phone and tablet charger you’ve seen them all. These days, there is no best or worst really. It all depends on what you need it for. Are you charging phones alone? Do you need to juice up an iPad too? What will you be carrying it in? Scenarios in which a portable charger will come in handy vary in many ways but the trick is to get a device that will cover as many needs as possible. Luckily, the amount of options we have as consumers make deciding on a portable charger much easier.

The MyCharge family of portable chargers has been a favorite of mine for a few years now. I started with the Hub Plus that allowed you to plug into Lightning enabled iOS devices along with micro USB. Charging the Hub itself was as simple as plugging it into a regular AC power outlet. The Hub Plus was perfect for my needs as I was using an iPad and an Android phone so the convenience of not having to lug around power adapters for both was a win.

MyCharge has since released their Unplugged series which introduces an all white, minimalist design. There’s an integrated Qi wireless charging option and 2 USB-A output(s) giving you the ability to charge up to three devices simultaneously depending on the device not at top speed.

During a recent flight I got the opportunity to test a review unit of the Unplugged 3K in the wild and the experience was nothing short of awesome. It’s a bit on the hefty side and weighs more than the typical portable charger so don’t expect a perfect fit in every pocket. But weight and size aside, the Unplugged performs like a champ.

I was able to keep my Samsung S10e, my wife’s Pixel 3a XL and our son’s Amazon Fire HD 8 going for a 4 hour flight with no problem. However, this was just us maintaining an already full charge on each device. The 3K was able to handle the load but with 3 demanding pieces of equipment going at once, the Unplugged switched to a slower charging speed. With that in mind, I wouldn’t recommend trying to charge 3 completely dead devices unless you’ve got a lot of time on your hands and the portable charger is plugged into an outlet.

The Unplugged’s finish is a velvety, matte white which will pick up dirt quickly. Don’t handle this thing after a bag of Cheetos or a round of Buffalo wings; you’ll regret it.

The most effective way I’ve discovered to use the Unplugged charger is as a part of an in-bag setup especially if the bag has an external USB port. I happened to pick up one of the Matein USB backpacks and connected the charger to it. This works great for charging one device at a time. There’s no need to dig around for the charger and cables. Bags like these are easy to find so I’d suggest grabbing one that catches your eye. If not, just route the charging cable through any bag’s headphone grommet or opening. Most bags will at least that that.

While there is the ability to hold both charger and phone together for talking and texting. I doubt I’d ever use it that way since I’m not much of a talker and the added bulk just made me paranoid about dropping the phone. Maybe some sort of protrusion or lip to help keep the phone place would’ve been nice. Not a deal breaker by any means, just an added bonus. If you’re confident with your phone holding skills, then go ahead and have at it.

The 2 USB-A ports crank out enough power to charge almost any mobile device multiple times. To the joy of many who have bought wireless charging pads in the past and been disappointed to find the lack of fast charging, MyCharge’s Unplugged is capable of just that (given the phone is compatible). There’s nothing left to desire without it being a vanity feature that you’d get by fine without anyway.

The MyCharge Unplugged series is available now starting at $29.99.

What a difference a year makes.

Floor boards out of popsicle sticks. Cut to size a

Saw this little critter digging in it's stash for

Corona cut. It's coming out better than I thought.

In line to get in to get groceries

Shout out to the folks in Newark who haven't stopp

Run DMC on the way as well.